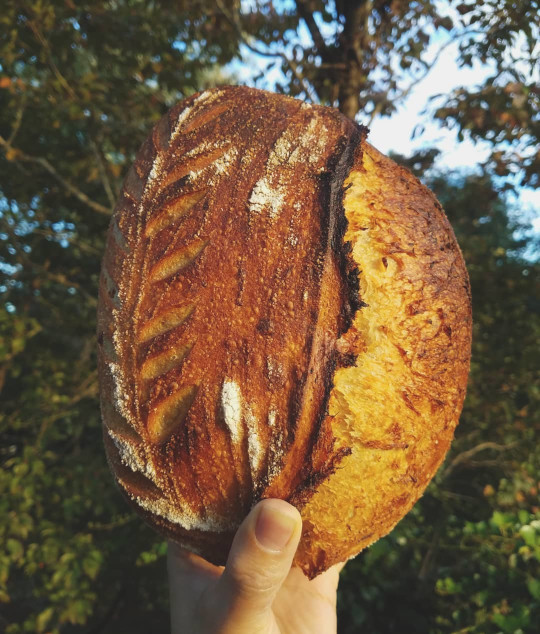 What Exactly Is Sourdough?

Late July of 2017, I began my journey to learn how to bake a simple bread. I desired to bake a bread that didn't need to be fortified, but rather a bread that was already strong, bold, delicious, and nutritious straight out of the oven. Long fermentation, I found, was the key to achieve this goal.

So I mixed some flour and water, waited a few days, added more flour and water, and slowly but surely I had created my first natural leaven, or as many like to call, sourdough starter. The desire to become a baker was born. 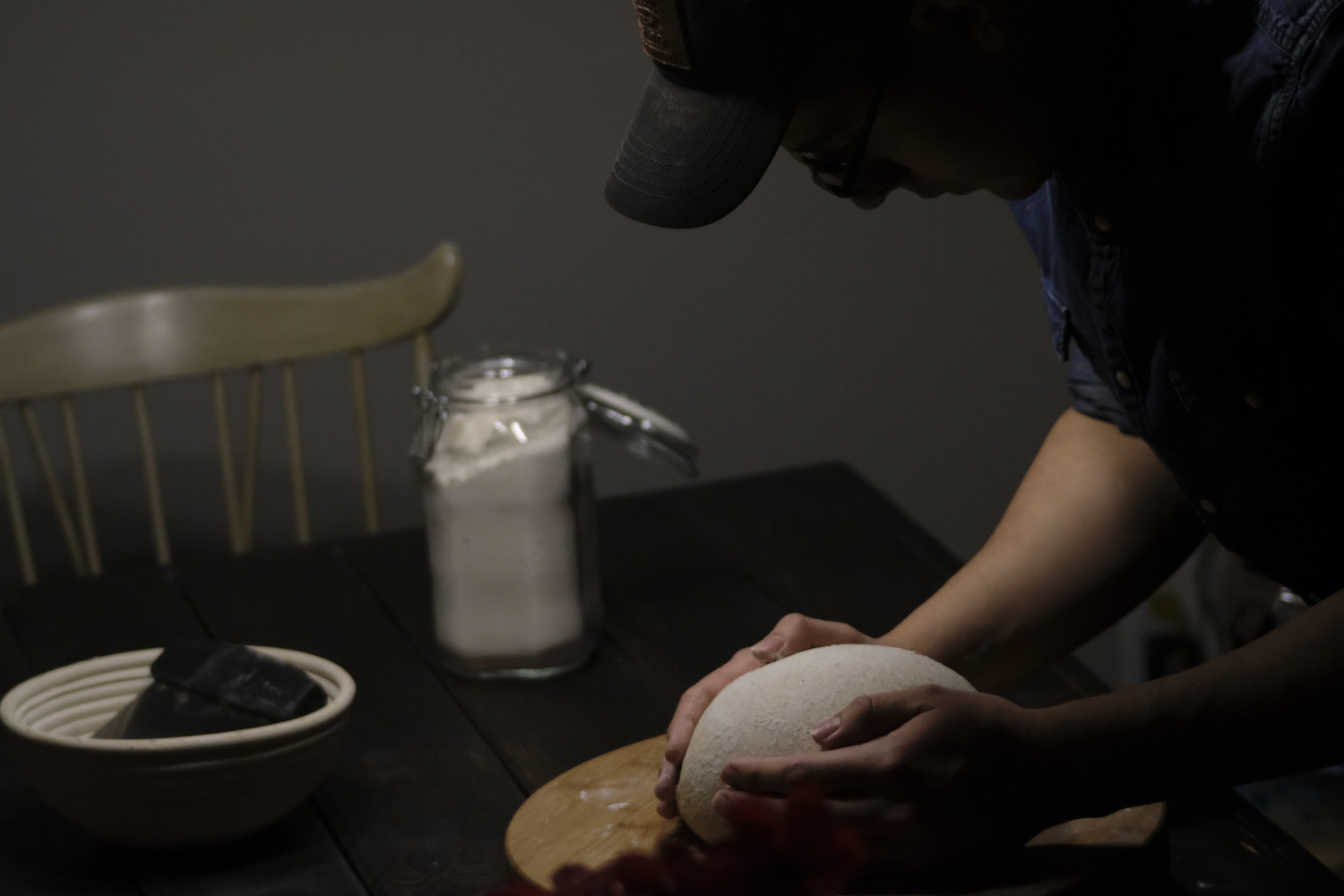 I've encountered many failed attempts and frustrated moments, but none of those have been able to discourage me from desiring to provide this humble bread to the people around me, especially those who have bad experiences with store-bought bread due to gluten intolerance. Thankfully, the fermentation process breaks down gluten and gets rid of the bran's phytic acid (and other science-y things I won't admit to fully understanding, here's a list of a few books that have helped shape my understanding of sourdough bread) which allows the wheat berry to become more easily digestible for non-celiac gluten intolerant people (and everyone else, too). 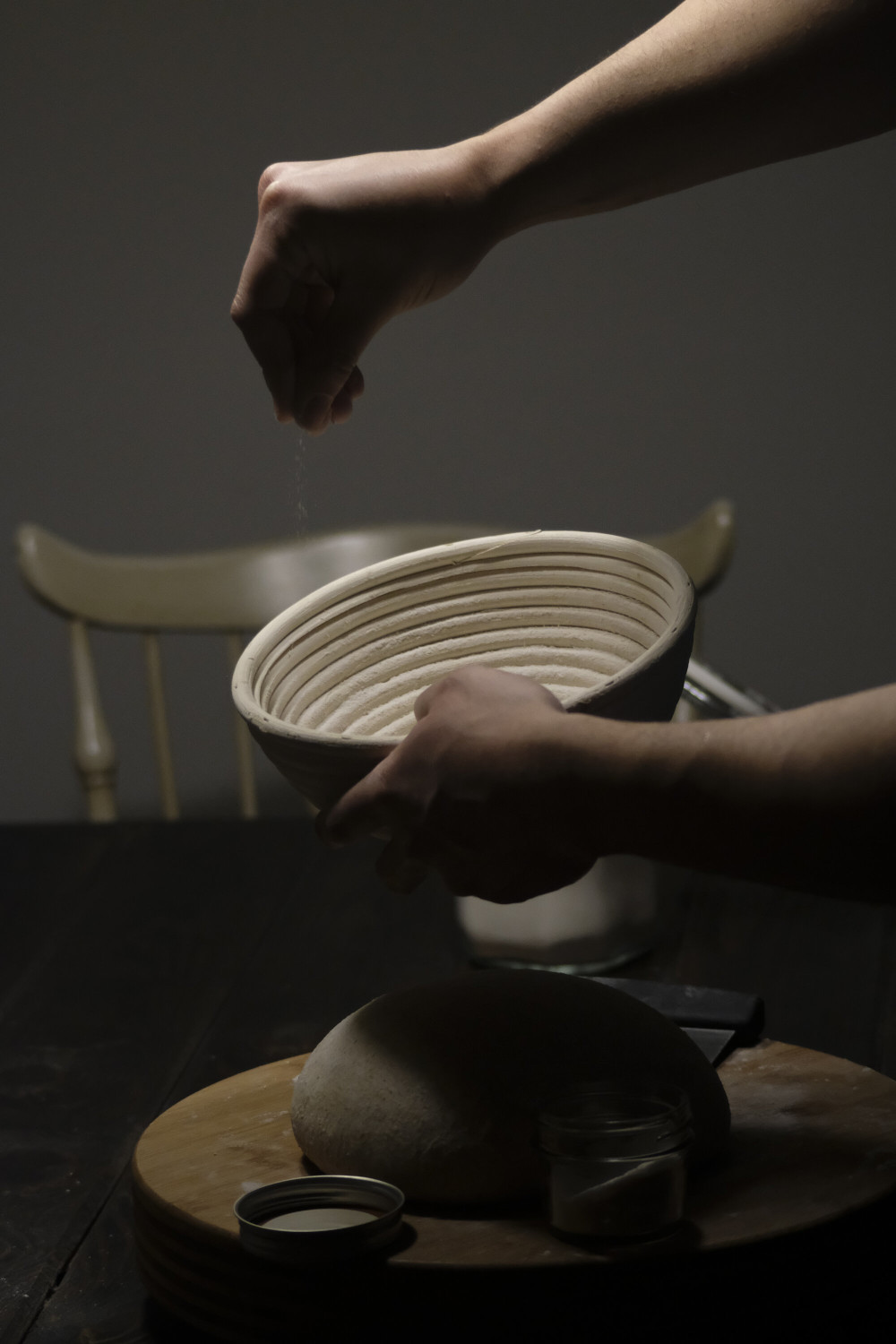 In this journey, I hope to be a part of changing the common perspective on bread that is widespread in today's society, namely the idea that bread isn't very good for you. Of course, if we're talking about the modern mass-produced version that's been stripped of its nutrients, then yes that bread is quite terrible for you. It is hard for me to belive that bread, as it has been prepared historically, isn't capable of being a cornerstone of human health and thriving. I believe this is a big part of why Jesus said, "Man shall not live by bread alone, but by every word that comes from the mouth of God." Indeed, he even called himself the Bread of Life. Bread is a big deal! Not something to avoid, right? How can this wholesome bread become more widely available? I believe the answer is not found in mass bread producing companies, but rather in the resurgence of the local baker. Imagine if every town had a baker or two who were dedicated to creating a high quality product. This is something I hope to contribute to and become a part of.

Health benefits aside, this bread is simply delicious. It doesn't have the "well, it's healthy so I guess I have to eat it" factor. It's just super tasty. 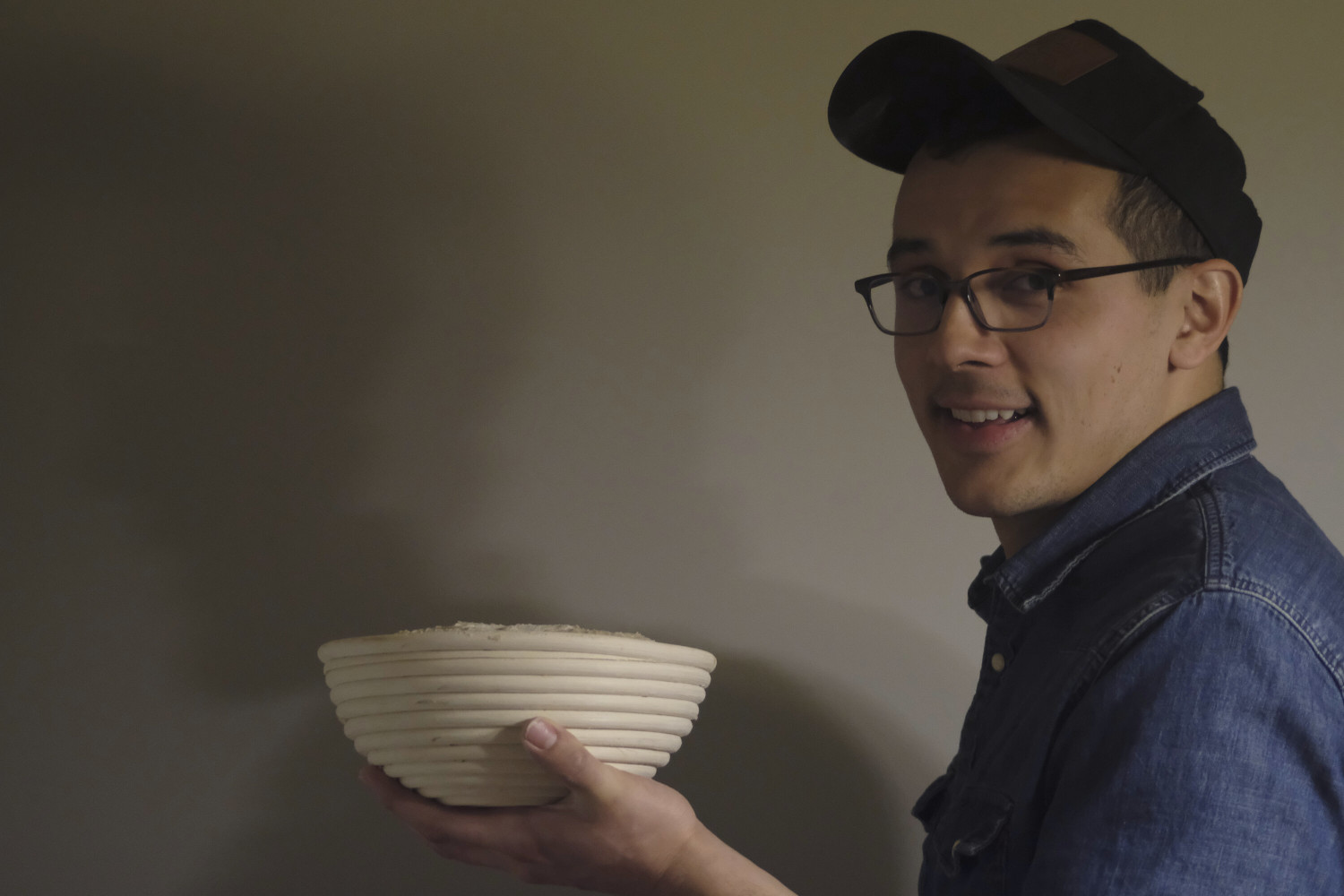 What have I Been Up To?

This bread journey has been one of constant questioning—why am I doing this? I can't say that I have an answer yet, but what I can talk about is how thankful I am for these few past experiences in the food industry, despite how my decisions haven't made sense on paper considering the fact that I have a bachelor's degree and could have likely gotten a good paying job straight out of college. But everything happens for a reason, right?

The moment I knew I'd have an opportunity to really develop my skills as a baker came when I met Shay Lavi, an amazing chef who Atlanta Magazine described as an Israeli Grillmaster as well as the current owner of Nur Kitchen. He was introduced to me as "a chef who needs someone who knows sourdough". Right around this time I was getting ready to finally start seeking a job related to my degree in digital marketing. I had spent a solid amount of time learning web development, improving my front-end skills and graphic design skills, so I was feeling a bit more confident to develop those skills more in a career setting, but I found this opportunity interesting enough to postpone digital marketing for a bit longer.

The reason Shay needed a sourdough baker was because he was just about to open his very first restaurant called Rozina Bakehouse & Coffee, showcasing Euro-Mediterranean foods and pastries, and sourdough would be a big part of making the restaurant menu come to life. Initially the plan was to wholesale dough (which is an interesting concept that I'm not sure would have worked anyway), but not too long after collaborating with Shay, we started developing a legitimate friendship that led to Shay asking me if I wanted to join the team. I was reluctant at first, but there was a part of me that knew that I'd learn alot through experiencing the opening of a resturant from scratch. It also occured to me that I do care alot about small business and that if small business marketing consulting is something I might consider in the future, why not experience the craziness firsthand? And it was definitely crazy.

There's alot of pressure when you're being depended on to be the bread supplier of a restaurant, but it was a pressure that I loved. It was scary, but it pushed me to get better. Shay and his chef partner, Al Betty, taught me fundamental kitchen concepts, helped affirm skills I had that I didn't quite see, and pushed me to have what I think is extremely valuable in every aspect of life, which is consistency and pace. I'm the type to get easily overwhelmed and frazzled as friggin' heck, but at Rozina I learned the importance of taking the time to take deep breaths, to reset and refocus. It sounds so basic but it's something that I've lacked. So I'm thankful for that. 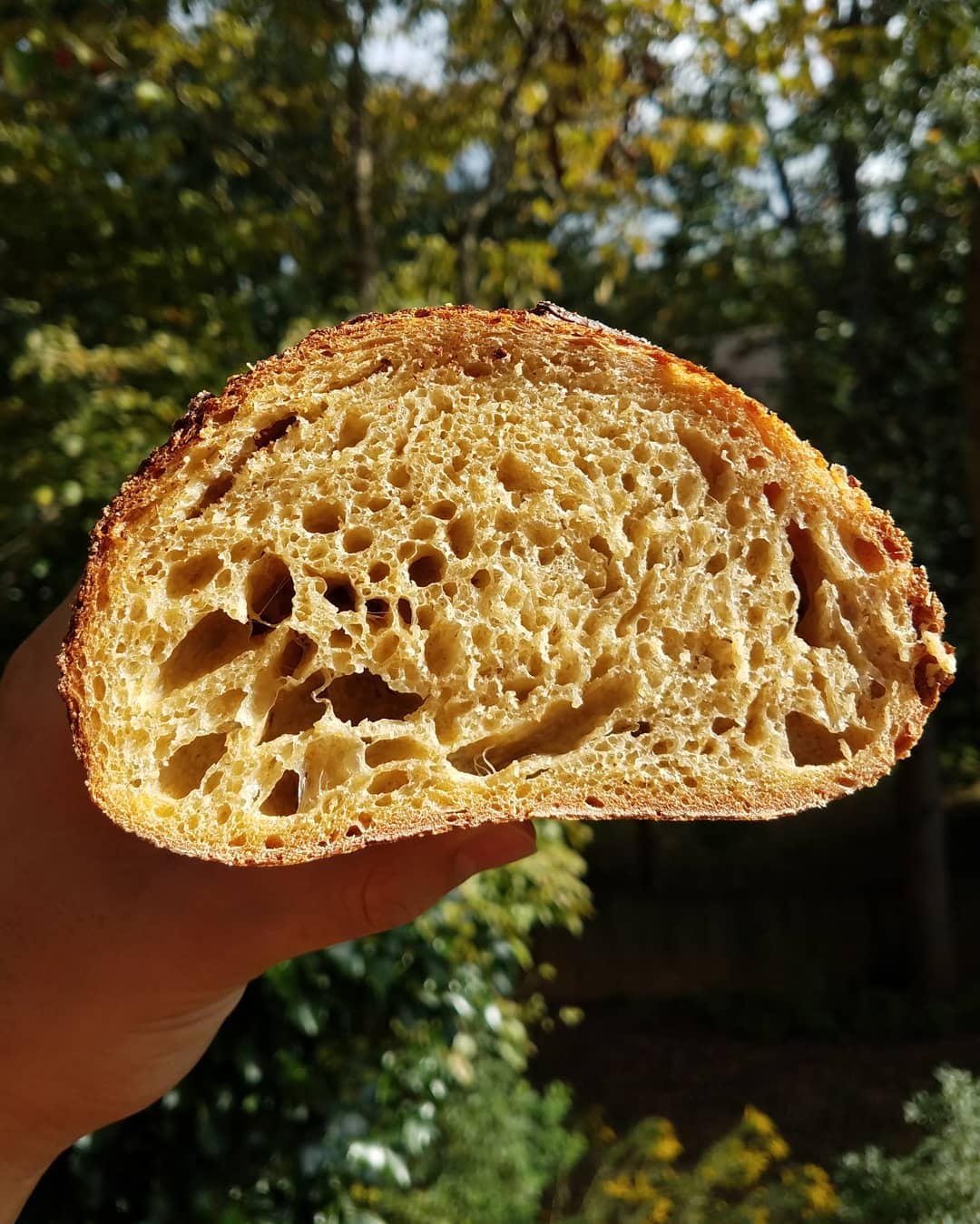 As much as I appreciated that experience, I did feel the urge to get back into pursuing a career in digital marketing. So I parted ways with Rozina, but soon after found myself in yet another interesting situation. A friend I'd met through Rozina, Julia of Stop Think Chew, introduced me to a crew of people starting a new restaurant called Fellows Cafe who were interested in offering breakfast toasts made from in house sourdough bread. Though I was reluctant about continuing in the restaurant industry, as soon as I spoke with one of the owners, Christina DeVictor, and experienced her compelling charisma, I immediately understood the vision and got on board with their team as the residential bread baker. 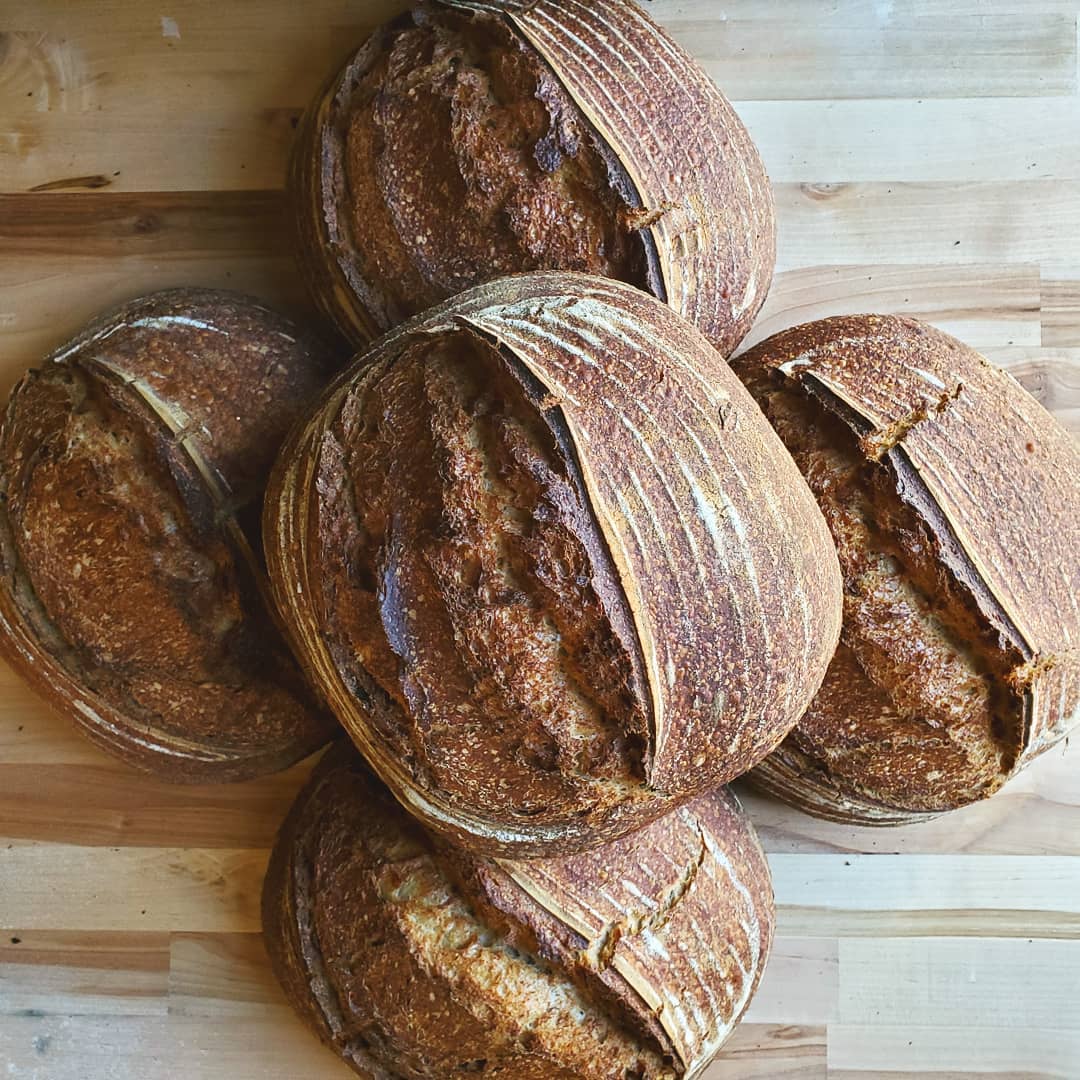 This time it was different though. There was a level of autonomy I hadn't experienced before. I was being trusted with the task of making the bread program happen, and that felt very special. I remember standing in the old Victorian style home for the first time on a crisp February morning. The house was in the middle of being completely renovated into a warm, hospitable cafe. The amount of creativity and optimistic energy I felt from the crew was deeply inspiring. Over the next few weeks leading up to the grand opening, I spent my time brainstorming on the best ways to be able to bake sufficient bread in a not-so-large kitchen with only two half-sized convections ovens available. During the summer of 2018, I had worked in a bakery that utilized a large deck oven, capable of larging multiple free standing loaves, so this was going to be subtantially different and challenging. This left me with only one option, one I was quite familiar with due to all the time I spent baking at home, and that was the implementation of cast iron combo cookers. Sixteen combo cookers fit in the two ovens very snuggly. Baking that way would be tedious, but doable. 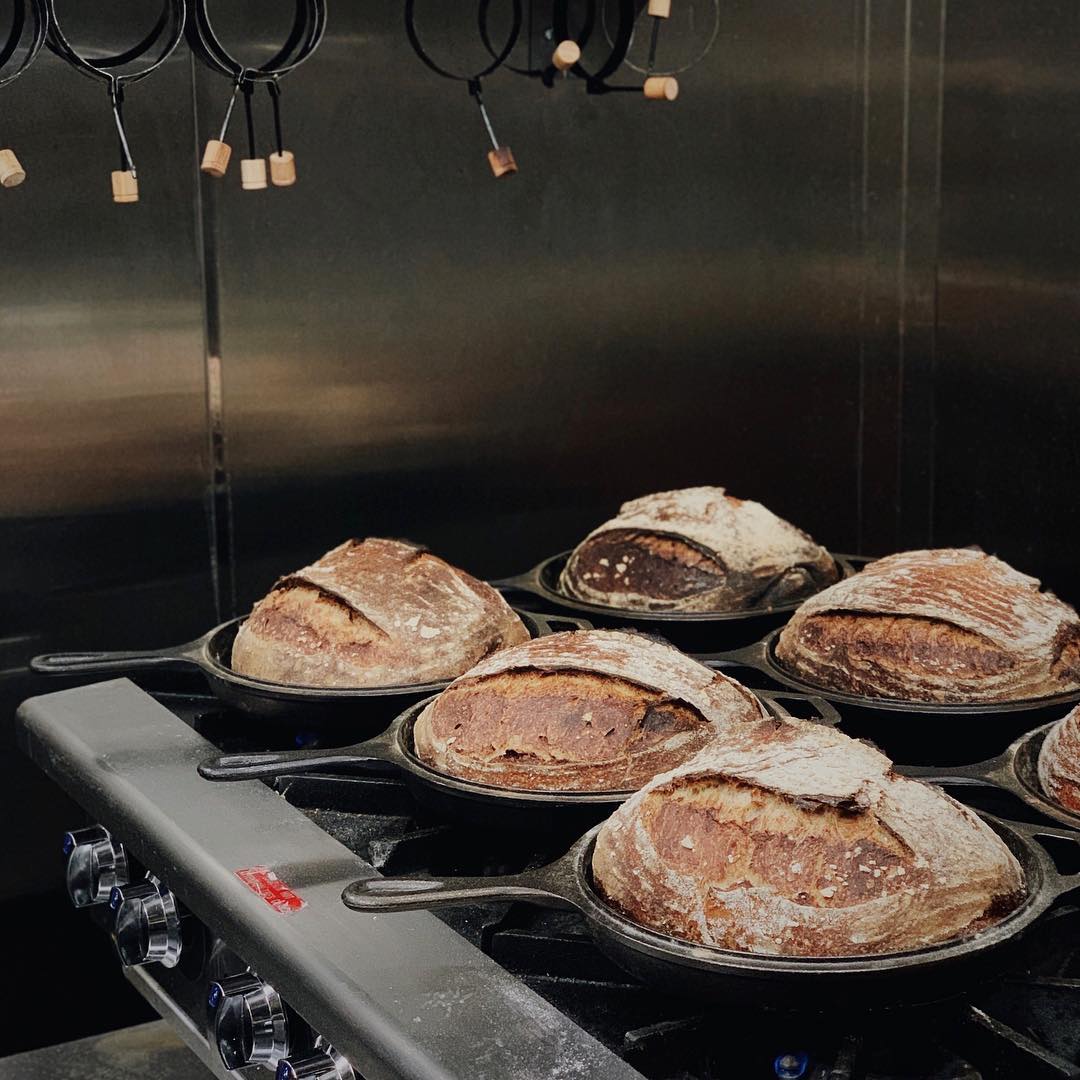 The first few months were rough. Running out of bread on a bustling Saturday morning, lacking sufficient space in the refrigerator to allow for a controlled and calculated fermentation time, and dialing in oven temperatures to avoid burnt bottom crusts were only a handful of the challenges faced, but over time, a system came into place very naturally, and the Fellows Cafe bread program had set sail.

I worked at Fellows for exactly a year, and it was an experience I will always cherish as I move forward in my career. Due to the effects of COVID-19 and changes in my own personal life, it was time for me to move on, but thankfully, one of the owners, Tony DeVictor, began his own bread journey and was able to take over, continuing the mission of localizing good, real bread.

If you go to Fellows Cafe today, you will come across an amazing, beautiful breakfast experience. I am so glad to have been a part of it. 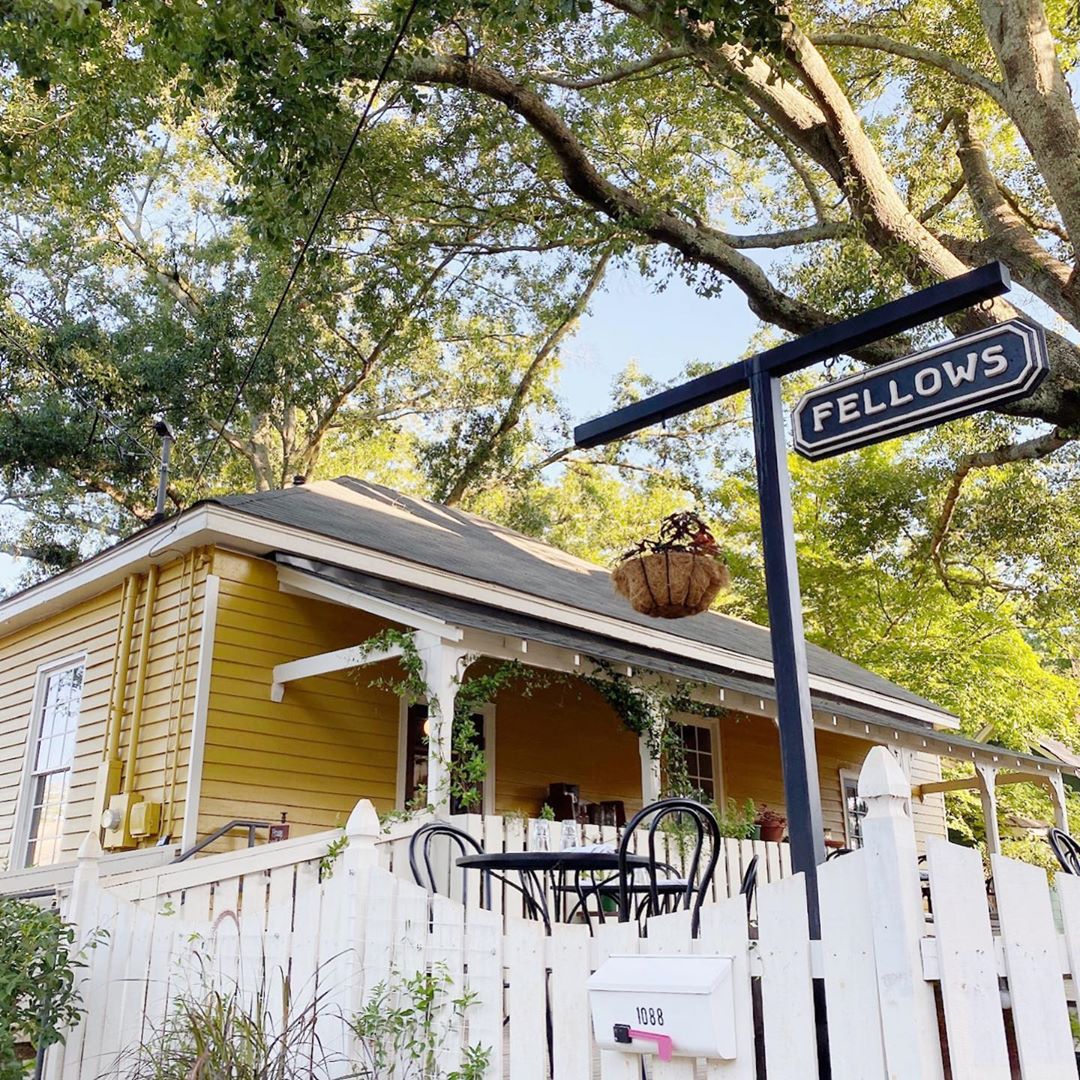 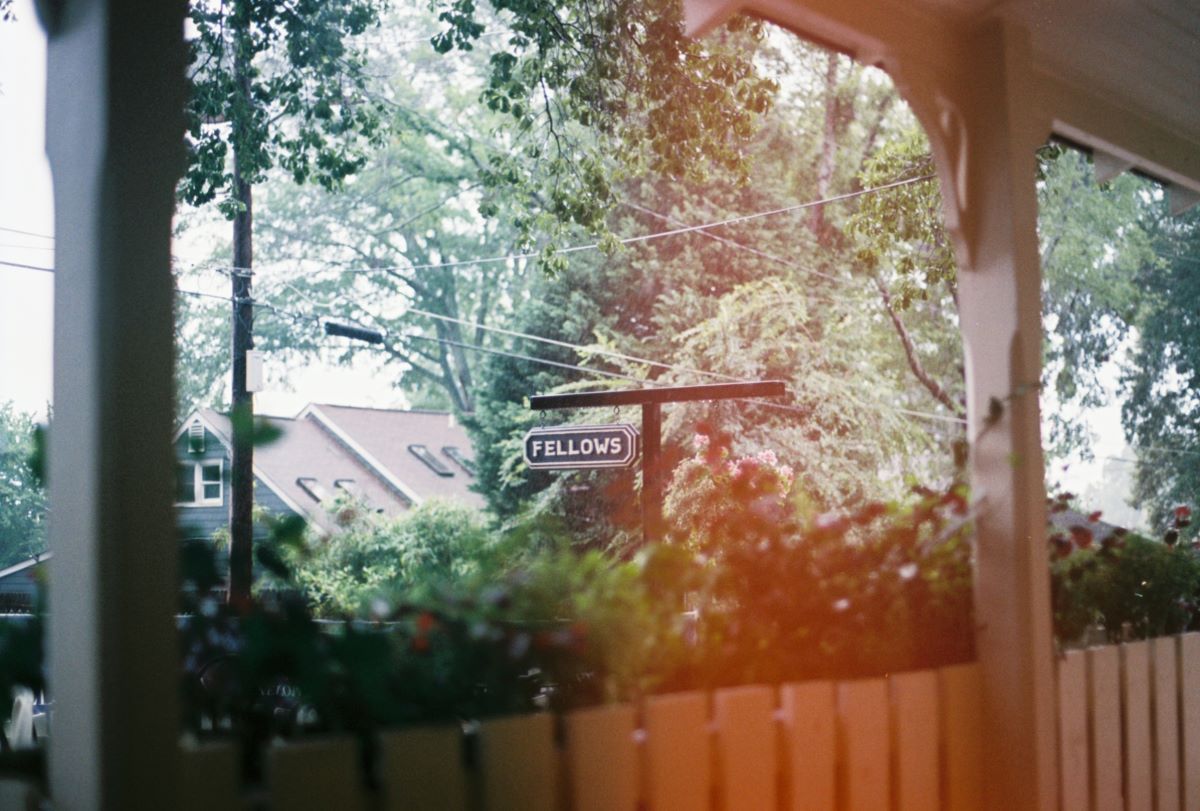